Track and field team has good start to 2019 season 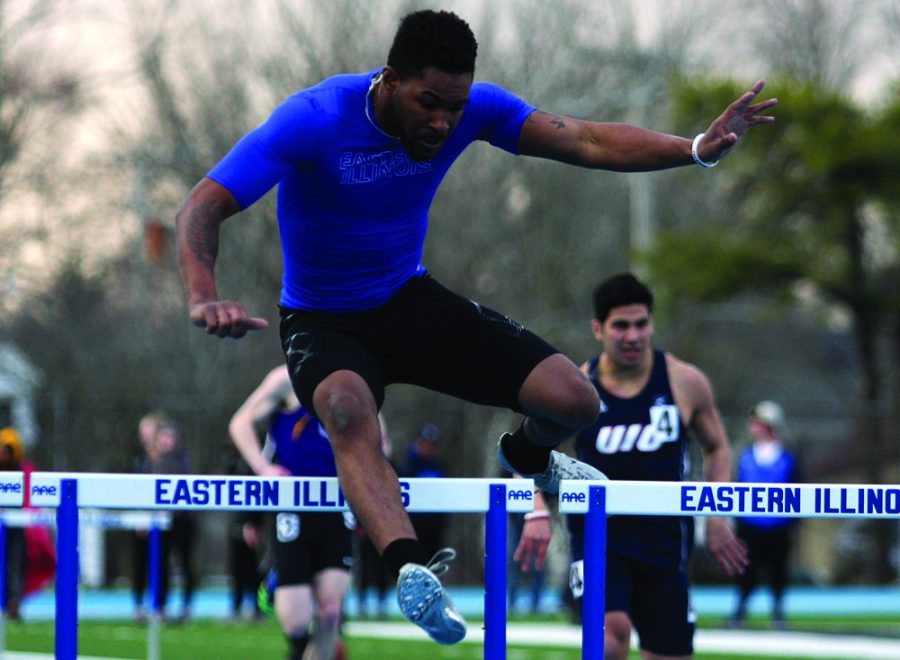 The Eastern Track and Field program continued to improve at the Illini Open.

This was its second meet of the season, and even though there was a month off in-between competition, the men finished third overall and the women sixth.

“I think for not having everyone compete this weekend it’s a good start to 2019,” said Brenton Emanuel, the director of track and field. “As we continue to get everyone out there to compete over the next couple weeks we will only get better.”

In the high jump, senior Ashton Wilson and freshman Steven Rowe earned third and fourth place honors with their high jump of 6-04.75. Wilson also took seventh in the long jump at 19-00.00

“The high I jump I was happy with and believe it is a good start. I was hoping to do better in the long jump, and that’s something I will have to work on this week to prepare for next,” Wilson said. “I was out due to injury in the early bird so I will use this first home meet as motivation.”

This year is not just Wilson’s senior year, but a year he wants to make the most of. Last year Wilson had recurring knee injuries but is now starting to settle in and compete hard.

“The injury from last year definitely affected my confidence in all my events, but I’m slowly starting to get that back,” Wilson said. “This past meet had a huge positive impact on my confidence level in the high jump specifically and brought a lot of excitement out of me. ”

This team is a mix of younger athletes with older ones. There are 24 new freshmen in the program. Among those young athletes, a few of them placed in their events.

“We are a very young team, and we need to continue to compete and most importantly stay healthy,” Emanuel said. “I truly believe where we are now and where we will be at the end of February will be a night and day type of difference. Working hard and staying healthy are the most important things going forward.”

“Hopefully as a team we can build off of our performances from this past week and the early bird,” Wilson said. “Home meets are important to us because we get to compete on the same track that we practice on and we use that as an advantage. The plan is to use the last two meets as momentum and just keep climbing up the OVC rankings.”